From our representative Heather Anderson. 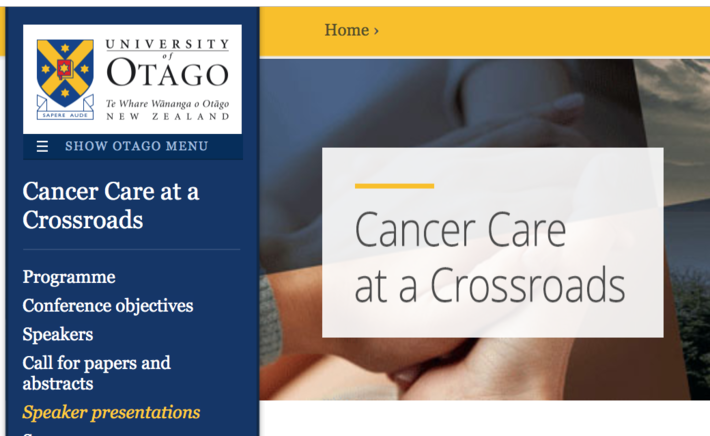 Hon Steve Maharey, the new Chair of PHARMAC, talked on the processes of PHARMAC – my personal take was that he used his “newness” to avoid the hard questions.  There was an item of interest that he talked on which was a new drug would be requested and would be investigated and sometimes “parked” however it then meant that it stayed “on the list” so when anyone looked at “the list” there were all these drugs which in fact were clogging up the system.

He talked about one of his first tasks was taking the “parked drugs” and putting them in a separate list so that it was clear what was being looked at currently, what had been investigated but was put to one side as it was not currently to be approved but may be needed in the future and those which were not going to be approved at all.  He also talked about “considering” the question of whether New Zealand using tests undertaken by others – in particular Australia, UK, or Canada.

Prof Ian Bissett (University of Auckland) talked of improving surgical quality in New Zealand – basically hubs of excellence with using technology for consultations to outlying areas.  You can see his presentation here...

Dr Richard Sullivan (NZ) (Oncologist Auckland DHB) – also known now as the Feathered Dr Richard Sullivan because of his flamboyant suit and to differentiate him for Prof Richard Sullivan of UK.  He spoke on Oncology service innovations and key challenges including bringing technology into treatment to allow patients to get best treatment while remaining closer to home. See Richard's presentation here.

This was followed by a “debate” “That precision medicine is the future of cancer care.” For – Dr Ben Lawrence (University of Auckland).  Against – Prof Richard Sullivan (Kings College London, UK). As to debate it was very much more humorous and very light hearted. At one point being a discussion on how good looking they were. See Richard's presenation here.