Patient Voice Aotearoa welcomes the comments made by the Deputy Prime Minister Winston Peters on ‘The Project’ on Friday last week. Peters stated “Right now…we know we are not spending nearly enough on pharmaceuticals and first world drugs…the reality is that Pharmac’s budget is not big enough and we have to face that as a country and make some accommodations to give people the treatment and first world drugs that they deserve. We have a $7.5 billion surplus, so let’s take a look at Pharmac’s funding to ensure that people like that get the treatment they need, at the time that they need it.” Read more....

The Cancer Society is pleased to see New Zealand’s draft Cancer Action Plan but says the role and function of the new Cancer Control Agency is a crucial part of addressing the growing gap in cancer outcomes between New Zealand and other countries like Australia and the UK.

“The time has clearly come for strong central leadership, and a nationally joined up approach. We welcome the new Cancer Control Agency and similar models have worked well abroad.

“We urge the government to consider defining the authority and functions of an independent agency through an Act of Parliament,” says Cancer Society of New Zealand Chief Executive Mike Kernaghan.

“We welcome the appointment of Professor Diana Sarfati into an ‘interim’ role as head of the Cancer Control Agency.”

“However, it is very important that this vital position has the authority and independence to drive the change that is needed. We want to see this position remain viable in the long term, for the agency to be funded appropriately, and to hold DHBs to account for services.” Read more....

How simulation is helping our health professionals to save lives 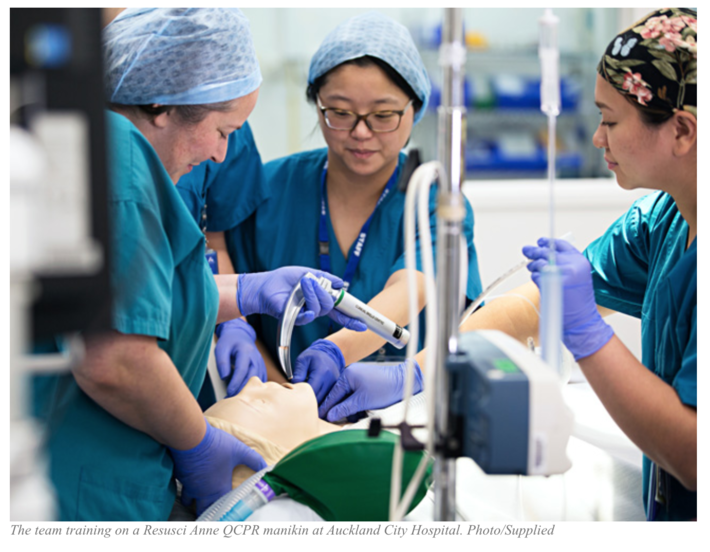 The best way for health professionals to ensure they get it right, when it matters, is to practise together as a team. And the best way to practise is through simulation – replicating real-life situations, and getting hands-on experience, which can be put into action for people like Joanna Harris.

One fateful Friday, as Harris was driving north of Warkworth on SH1, her car was struck by a van travelling the other way. “I remember the impact, the noises, the smell. I’m so glad the kids weren’t in the car.” Harris didn’t make it home from work that afternoon. She was airlifted to Auckland City Hospital, with her chance of survival rated as less than 50%. A team of 15 highly skilled clinicians worked through the night to save her life.

In and out of consciousness for four weeks, she underwent multiple operations to treat her complex injuries, and she feels immense gratitude to her clinicians: “You feel like you owe them your life.”

Through simulation, clinicians improve their skills by practising complex and often life-saving procedures on realistic manikins that mimic every possible patient situation, including Jo’s.  These high-tech manikins have a heartbeat; they can breathe, blink and bleed. Read more...