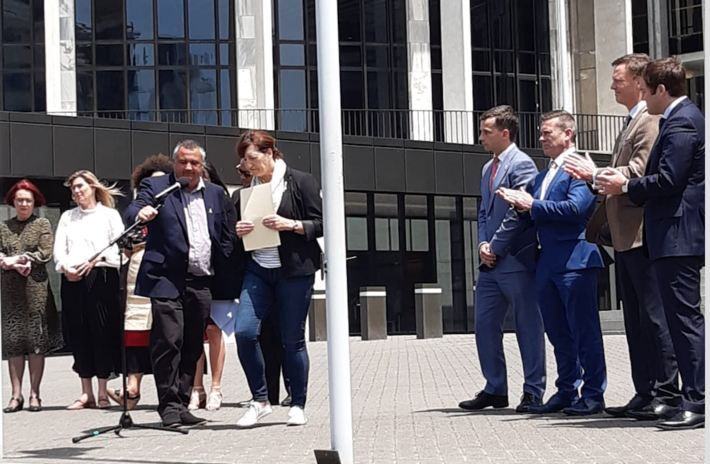 Eight petitions with 48 thousand signatures were presented to parliament - pleading for money for drugs and devices.

Malcolm Mulholland says the organisation has now decided to lodge their own petition.

He says they are calling on the Government to immediately double the PHARMAC budget with plans to triple it in the future, as well as reform the agency. Read more....

Patient Voice Aotearoa welcomes the comments made by the Deputy Prime Minister Winston Peters on ‘The Project’ on Friday last week. Peters stated “Right now…we know we are not spending nearly enough on pharmaceuticals and first world drugs…the reality is that Pharmac’s budget is not big enough and we have to face that as a country and make some accommodations to give people the treatment and first world drugs that they deserve. We have a $7.5

New developments in the treating of head and neck cancer, and diagnosing thyroid cancer.

Thyroid cancer is among the most curable types of cancer, with relative survival rates close to 100% for localized and regional tumors. Incidence of the malignancy has increased rapidly, with about 52,000 new cases diagnosed each year in the United States, according to American Cancer Society data.

Fine-needle aspiration, which is the current 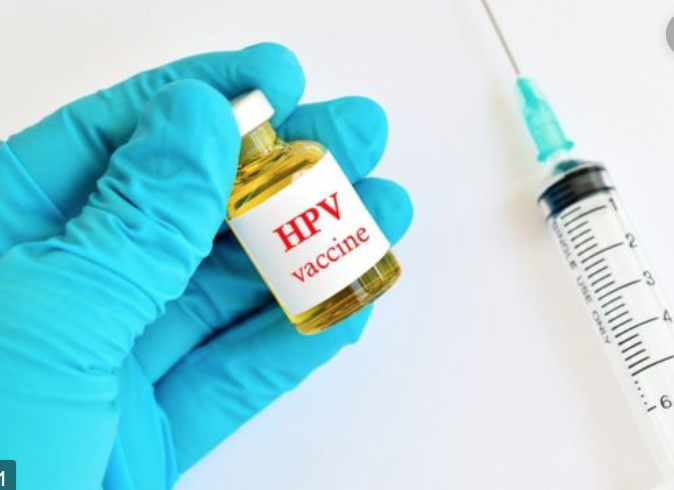 Adults should be vaccinated against cancer-causing human papillomavirus (HPV) to save ‘thousands’ more lives, said a UK expert.

According to a dailymail.com article on September 28, 2019, cancer scientists say ‘evidence is now emerging that giving the jab to those who already harbor HPV could protect them as well,’ per Margaret Stanley of Cambridge University, president of the International Papilloma Virus Society. Read more here....

Cancer medicines need to be par OPINION: Statements about priorities for the new cancer agency made by agency head Professor Diana Sarfati  are cause for serious concern.

Last Saturday's profile of Sarfati, in which she was asked to name her three priorities, said: "One thing not on that priority wish list is more money for the stream of high-cost, life-prolonging drugs for terminal cancer, which prompt patient petitions and marches to Parliament."

So it seems prolonging

Read more…
Change the Future for your children and grand children, don't let them die young for no reason.
Read more…

Our weekly round up of Head and Neck cancer news from New Zealand and around the world. This week an apology to a head and necker who suffered brain damage, the future of robotic surgery, and we can learn from breast cancer about the value of survivorship plans and nurse navigators. 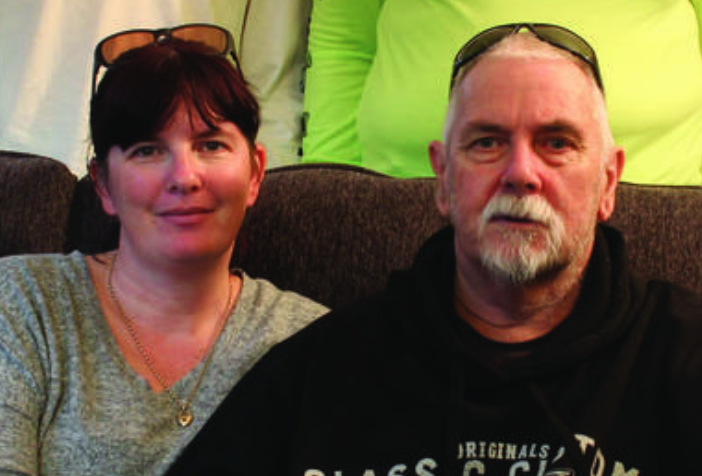 Auckland Hospital staff have apologised to a Dargaville builder left with brain damage after he was given an overdose of morphine.

Each week we share Head and Neck Cancer News from around the world.... Researchers have successfully solved a longstanding problem in the diagnosis of head and neck cancers. The researchers used artificial intelligence to develop a new classification method which identifies the primary origins of cancerous tissue based on chemical DNA changes. The potential for introduction into routine medical practice is currently b

Cancer action 10-year plan should only be a 'start' Paul Ryder considers himself lucky to be alive.

The 68-year-old Timaru man was diagnosed with cancer in his vocal cords in 2017, but with treatment the disease went into remission and finally subsided.

He says the New Zealand Cancer Action Plan 2019–2029, announced by the Government on Sunday, should only be a start in the fight against the disease as much more than the allotted extra $60 million was needed to find a cure, and more radiation

The Head and Neck Cancer Network have added their voice to the other cancer organisation calling for Pharmac to fund cancer drug Keytruda. MedSafe approved the drug for use in head and neck cancer after chemotherapy. However, Network Chair Diana Ayling says, Keytruda needs to be available as an option with surgery, radiotherapy and chemotherapy”.

At present HNC patient, Diana Craig is funding her own treatment with donations from a Give a Little Pag This article is part of a Because It Matters Newshub series.

Described as New Zealand's "most prolific cancer survivor", Phil Kerslake says he's worried the country's falling behind in terms of cancer care, and is urging the Prime Minister and the Health Minister to pick up the pace.

Kerslake, who's survived eight new diagnoses or recurrences of cancer since 1974, says while he thinks New Zealand's "come a long way",

This week we share the news of 12 new cancer-fighting radiation machines, more funding for immunotherapy research, interesting news about the HPV vaccine, and finally, Judy Kirchmeirer tells her story of 10 years of cancer. 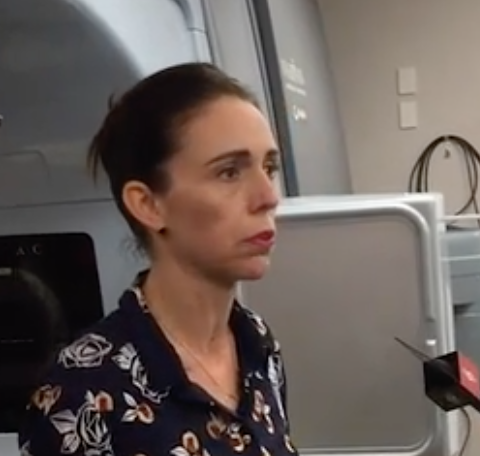 The Government has unveiled the first tranche of its cancer plan, announcing a $25 million spend on 12 new radiation machines nationwide.

But the plan, announced by Prime Minist

We had good media coverage for the day. I would like to thank the Australia New Zealand Head and Neck Cancer Society, the New Zealand Dental Association, the Gillies MacIndoe Research Institute, the Sexually Transmitted Diseases Education Foundation, the Cancer Society, www.hpv.org.nz and the wonderful team at Wellington Zoo. A great effort. You can read all the information shared here. http://headandneck.org.nz/news/weekly-wednesd From Radio New Zealand...."World Head and Neck Cancer Day is tomorrow and this year there's a push to highlight the correlation between these cancers and the HPV virus.

These cancers are increasing at a faster rate than other cancers, so what is the connection and is it preventable?

Jesse Mulligan was joined by Professor Swee Tan, an expert in the field, to tell us more." Click here to listen.

Why are so few Kiwi cancer patients in clinical trials?

Most Kiwi cancer patients are keen to take part in clinical trials, a survey shows, despite a tiny proportion actually being

This week we share with you a few tips to keep your Chin Up, a story on the prescribing of OxyContin, and some tips on how to communicate with your healthcare team. Enjoy! Pharmac has spent tens of millions on OxyContin, blamed for America's opioid crisis

Pharmac has spent tens of millions of dollars funding a painkiller at the centre of the American opioid crisis. Experts say it has created a whole new population of drug users. National Correspondent Tony Wall investigates.

This month we launch our fundraising campaign for the year. Although we run a lean and mean operation, we need your donations to ensure we can continue our work of connecting, supporting and advocating for people affected by head and neck cancer.

This year we are joining with Beyond Five in Australia to raise funds through Soup for the Soul. Simply, you make up a soothing, comforting bowl of soup, share it with your friends, family and colleagues. Ask your diners to

This week we share with you the progress of Blair Vining's petition for the establishment of a national cancer agency with oversight for care throughout the country. There is a new single shot that could help with complex head and neck cancer, and will less side effects. And finally, there are problems in delays at Counties Manukau District Health Board. If you are affected please contact the Network or the author of the article.

A Northland man has been left with brain damage due to a suspected morphine overdose he received in hospital.

Trevor Flood, 56, has been left confused and cannot remember how to use a TV remote, his wife Kylie Flood told Radio NZ's Morning Report.

The Kaipara builder had gone into Auckland City Hospital on February 12 dehydrated and in severe pain after a course of radiation therapy for throat cancer. 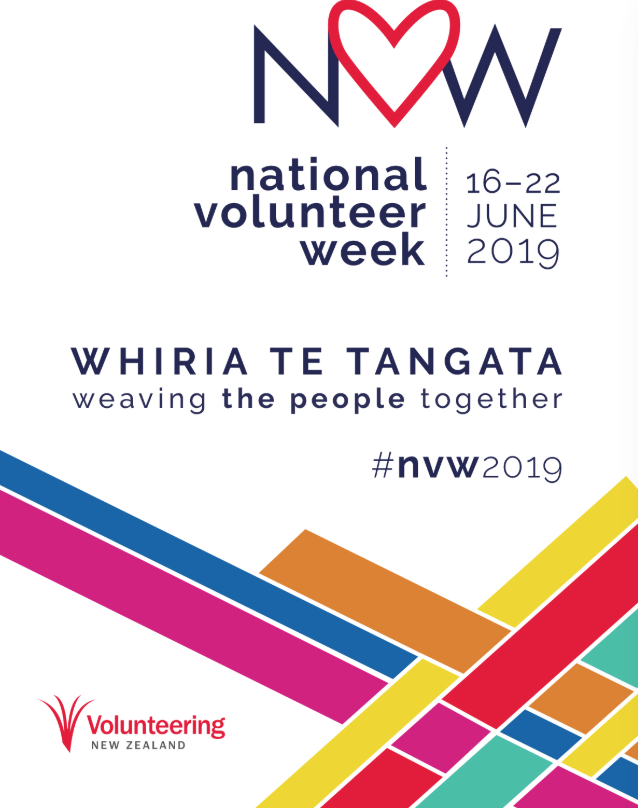 This week the Network celebrates our volunteers, and acknowledge their work. We invite more people to join us to

Read more…
First Previous of 22 Next